Maybe you’ve heard the saying “You’re never more than ten feet away from a rat”? Essentially, rats live everywhere that people do, and they’re more likely to target areas where there’s lots of trash and food for them to eat.

Just because rats are everywhere doesn’t mean that we necessarily want them in our homes and gardens. However, if you have a compost heap or something similar, you might worry that the rats will come flocking. Will coffee grounds repel or attract rats? Let’s find out.

Will Coffee Grounds Keep Rats Away?

Coffee grounds neither repel nor attract rats. Coffee grounds won’t keep rats away from your compost heap, but they also won’t be tempting to the rats.

Many compost heap owners add coffee grounds to their compost because they get the compost working and start breaking down the compost. Coffee grounds are great for plants like roses, carrots, rhododendrons, radishes, blueberries, and more.

So, while coffee grounds won’t keep rats away, they also won’t attract them.

Are Coffee Grounds Toxic to Rats?

However, if you add coffee grounds to your compost heap, there could be other tasty snacks in there to attract a rat instead of the coffee grounds.

Do Rats Hate the Smell of Coffee?

Rats don’t particularly care about the smell of coffee – so that freshly brewed cappuccino unfortunately won’t deter any ratty invaders.

However, there are certain smells that rats definitely don’t like:

Peppermint is something of a strong scent and can be overwhelming and (literally) breath-taking to a rat. The rats feel like they can’t breathe and will leave a peppermint-scented area as soon as possible. Fortunately, peppermint is a pleasant fragrance to us humans, so you can happily fill your house with the smell. 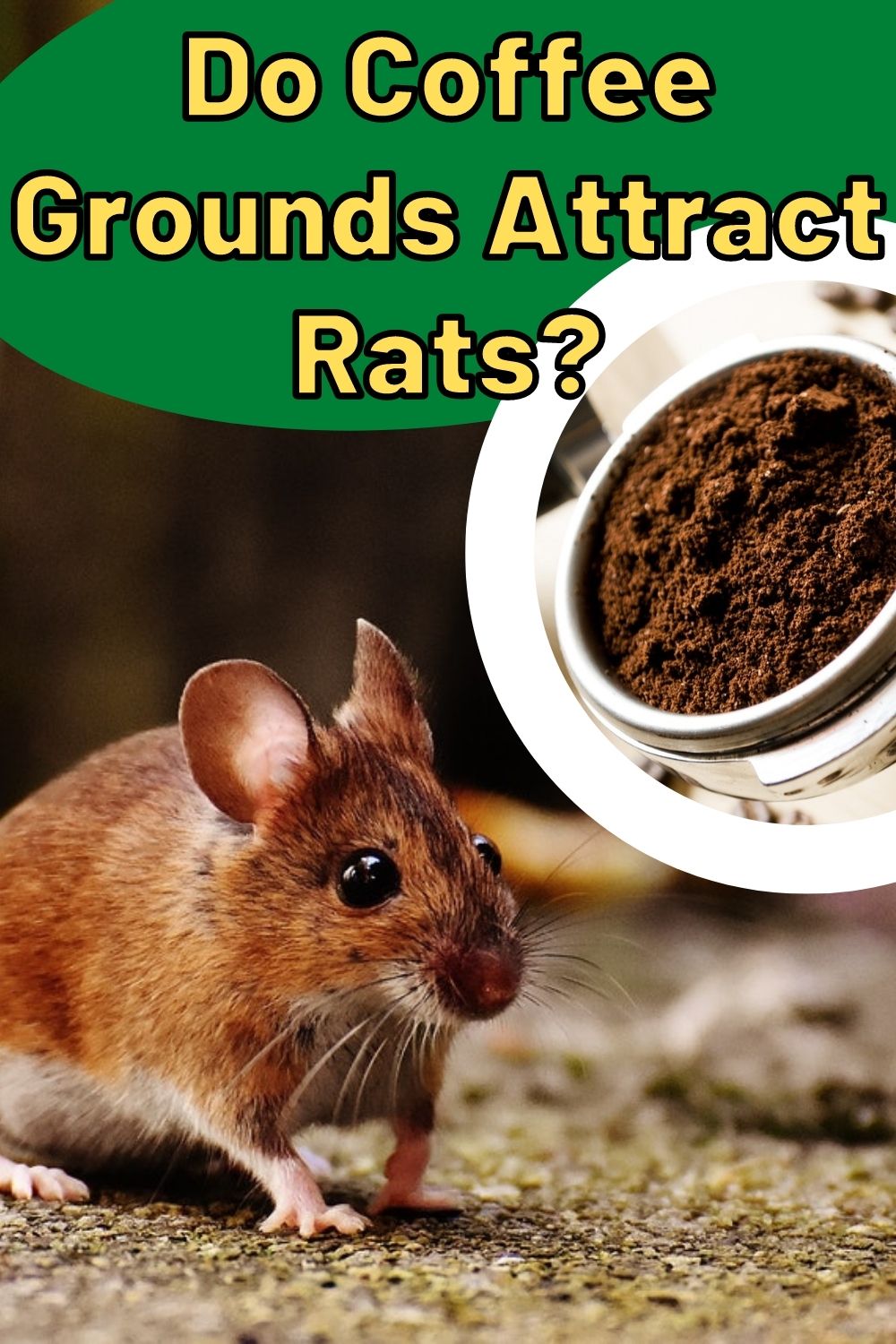 Like peppermint, citrus scents are unpleasant to rats. Citrus can put a rat off its feeding, and also discourages them from making nests.

Sprinkling a little black pepper around areas where you think rats could be congregating is a good way to deter the rats. Humans like the scent of black pepper in small doses, but to a rat, the smell is very unpleasant.

Eucalyptus is a very strong scent and has a similar effect on rats to peppermint and citrus. You can use a spray bottle of diluted eucalyptus oil to spray around areas where rats might congregate.

This scent is fairly self-explanatory. Cats will kill rats, and so rats will be disinclined to congregate, feed, or nest in areas that smell of a cat – even if there’s no cat around.

While rats usually love the smell of vegetable matter, onions, garlic, and peppers (more specifically, the capsaicin in peppers) is overwhelming and seriously off-putting to a rat.

Humans don’t particularly enjoy the smell of ammonia, but to a rat, it may smell like a cat’s urine – which indicates that there could be a cat around.

Candles, sprays, and more can all create strong scents in a home which will deter rats.

Eggshells can attract rats. Especially if the eggshells aren’t rinsed, the shells will dry, leaving eggy residue on the shells. This scent is particularly attractive to a rat. Eggshells also take a long time to decompose, so they aren’t ideal for you compost bin.

Mice and rats won’t eat green coffee beans. It’s not a good idea to let any pet mice or rats eat coffee of any description, as the caffeine is too much for their tiny bodies and can quickly be fatal.

What Do Coffee Grounds Repel?

Coffee grounds can repel some insects:

Coffee grounds can also be a great fertilizer for some plants. So, you can safely add your coffee grounds to your compost pile and not worry about rodents, and you can also use it as a handy, natural fertilizer.