How To Dispose Of Castor Bean Plants

How to Treat Eczema Naturally

How To Use Baking Soda to Kill Pests – COCKROACHES, BEDBUGS, ANTS, MICE, Etc

Does Sugar Dissolve In Oil?

What Do Bed Bugs Look Like Under A Blacklight? Castor seeds have been found in Ancient Egyptian tombs dating back to 4000 BC, and rumour suggests Cleopatra used castor seed oil to whiten her eyes.

The castor bean plant has more recently become a popular ornamental feature found across the globe. Chosen for its unique aesthetic and rapid growth, it frequents both private and public gardens. It also serves the purpose of getting rid of pests like moles.

However, the castor oil plant has a highly toxic and dangerous composition, making its removal a priority - but it can be difficult to extract this plant from your garden.

Can you touch a castor bean plant?

The castor bean plant is highly toxic, and touching one with your bare hands is incredibly dangerous. If you get any of the killer chemicals in your eyes or mouth, the consequences can be severe.

Some local authorities are seeking to ban the plant from their neighbourhoods. Given their beautiful glossy leaves and captivating shades of pinks and reds, castor bean plants are attractive to children and adults alike - who may touch the plant out of curiosity. Avoiding growing castor bean plants altogether prevents any risk to yourself or others in your community.

The castor bean plant is in fact so dangerous that it has been used as a method of punishment by cruel regimes, and can be used to create chemical and biological weapons. This has lead to its inclusion on the watch-list of substances that can be used to enact terrorism.

Can castor bean plants be composted?

Castor bean plants should not be composted due to their toxic nature.

The purpose of composting is to create nutrient-rich soil. This can then be used to grow new vegetables and fruits.

Composting the castor bean plant runs the risk of contaminating the soil and infecting the roots of future edibles. This can have dangerous consequences down the line when making a stew with those vegetables from the garden.

The plant can't be burned either, as the smoke would still contain the dangerous chemicals. In smoke form, they’d be even more likely to reach your eyes and mouth - with worrying consequences.

The safest way to dispose of castor bean plants is to boil them. This process removes the dangerous chemicals from the plant, rendering it far less dangerous. Don’t forget to wear thick high-quality gloves when removing the plant from the soil, and always pull it out by the stalk. Wearing goggles and a face mask is best practice. 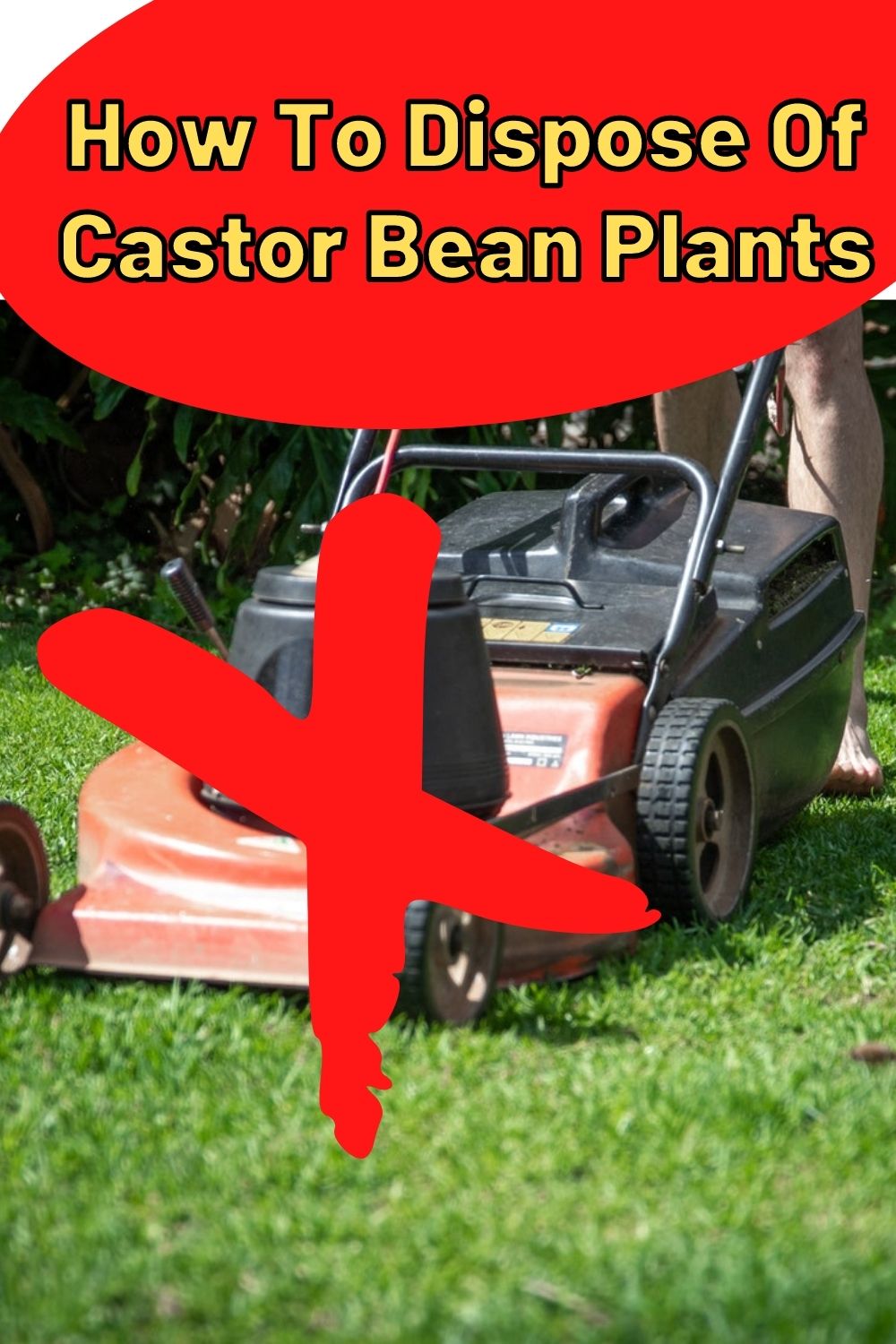 Do castor bean plants come back every year?

Whether a castor bean plant will grow back every year depends entirely on the environment it has grown in.

In parts of the world where the winter months include periods of freezing - during which plants are frozen - the castor bean plant will survive for only one year. In areas without frost, the plant is perennial, meaning it will grow back year after year.

Are the leaves of the castor bean plant poisonous?

The leaves of the castor bean plant, like the seeds, are poisonous. Ricin - a dangerous compound found in the plant - is of highest concentration in the leaves. The leaves and seeds put observers at risk, especially children and companion animals.

If you need to touch a castor bean plant, it is highly advised that you do so while wearing a high-quality mask, goggles, and gloves.

Castor bean plants are part of an exclusive club of deadly plants. What is unique to this particular killer is that humans have been using its ingredients for everything from chocolate bars to motor lubricant - and are drawn to the plant aesthetically.

Mowing or burning the castor plant doesn’t work as a disposal method due to the release of toxic fumes, which can carry dangerous substances into your body.

To most safely discard a castor bean plant, you should boil it for an extended time. Boiling it will break down the dangerous toxic substances, resulting in a less harmful version of the plant.

How to Treat Eczema Naturally

How To Use Baking Soda to Kill Pests – COCKROACHES, BEDBUGS, ANTS, MICE, Etc