Why Does Apple Cider Vinegar Help You Lose Weight ???

If you spend a lot of time scrolling through the #wellness hashtag on Instagram, you’ll be more than familiar with the community’s obsession with apple cider vinegar. But what exactly makes it so special? In particular, how – and why – does apple cider vinegar make you lose weight? If you’re wondering whether to bother with this health remedy yourself, we’ll cover everything you need to know in this video.

First off: the basics. Apple cider vinegar is made from fermented apples, and its main active ingredient is acetic acid. It’s this acetic acid that people love so much, and a whole load of studies exists to back up its benefits. Not only can acetic acid lower blood sugar, but it’s also incredibly helpful in weight loss. For example, one small study conducted in 2005 found that apple cider vinegar might decrease your appetite and help you feel full for longer. In the study, participants who took a shot of apple cider vinegar with a high carb meal had a 55 percent lower blood sugar response after eating. They also took in 200 to 275 fewer calories for the rest of the day.

Another small study, this one dating all the way back to 1998, showed that when apple cider vinegar was taken with a starch-heavy meal, it slowed down the process of stomach emptying. This led to lower blood sugar, lower insulin levels, and a longer-lasting feeling of fullness. Hence, apple cider vinegar may stop you from grabbing for a calorie-ridden snack, because you simply won’t want it.

One Japanese study from 2009 certainly supports this theory. For 12 weeks, adults with obesity took part in a trial, in which they were split into three groups. The participants in the first group took 1 tablespoon of apple cider vinegar each day, the second group took 2 tablespoons, and the third group took nothing at all. 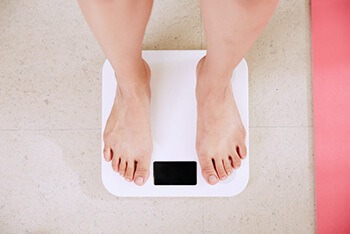 It’s worth keeping in mind that all of these studies were carried out on animals, so we can’t say for sure whether they fully relate to humans just yet. But that doesn’t mean there aren’t plenty of studies that have been done on humans – and some of them are incredibly interesting.

The benefits observed from the first group were very positive. On average, participants in this group lost 2.6 pounds of weight and saw a 0.7 percent decrease in body fat. They even saw a 25 percent decrease in triglycerides, a type of fat found in the blood.

For the second group, who had taken two tablespoons of apple cider vinegar, the results were even more incredible. On average, the group lost 3.7 pounds of weight and saw a 0.9 percent decrease in body fat. They saw a slightly higher decrease in triglycerides, this time of 26 percent. On the other hand, the placebo group gained an average of 0.9 pounds, and their waist circumference increased slightly.

This is one of the few human studies that look into apple cider vinegar specifically for weight loss. There certainly needs to be more research carried out before we can say for sure that these test results weren’t just a lucky coincidence, but there’s no denying that they’re promising. 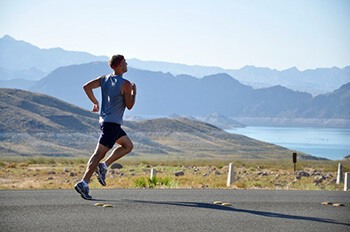 From this research, it’s easy to see why so many people swear by apple cider vinegar for weight loss. If you want to incorporate the vinegar into your own diet, you’ll be able to find it on sale at your local supermarket or health store. You can choose to either shot your vinegar before your meals or simply add it straight onto your food.

Experts say that a daily dose of 1 to 2 tablespoons of apple cider vinegar is all it takes to support you in your weight-loss mission and decrease your body fat percentage, belly fat, and blood triglycerides. With that said, apple cider vinegar alone won’t be enough to help you lose weight.

You’ll need to make sure you’re also eating a healthy, plentiful diet and keeping yourself active in order to achieve your weight loss goals. Additionally, make sure you stick to the recommended dose of apple cider vinegar, as too much can produce a whole host of unpleasant side effects.
Previous
Next
Share0
Tweet0
Share0